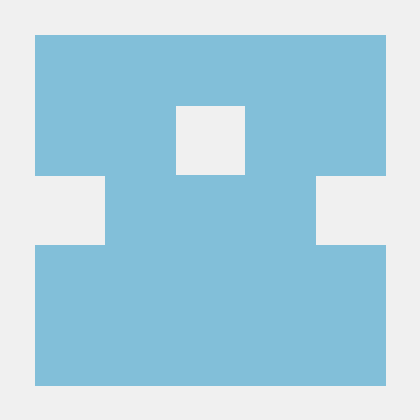 A plug-in for JetBrains' IntelliJ IDEA 2019-20 which provides real-time feedback against a given CheckStyle profile by way of an inspection.

Please note this is not an official part of Checkstyle - they neither endorse nor bear responsibility for this plugin. The logo is sourced from the Checkstyle resources repository and used under the CC BY 4.0 licence.

Released under a BSD-style licence - please see the LICENCE file for details.

Once installed, a new inspection will be available in the group 'CheckStyle'. The 'Inspections' item in the preferences panel will allow you to turn this on and to configure it.

Project exceptions are treated a little oddly. Because CheckStyle demands these to be on the current classpath, errors will appear if these have not as yet been compiled. Further, because we cache the real-time checkers for performance reasons, real-time scans may continue to show the errors after a compilation. A static scan will force a reload of the Checker and should resolve this.

Configuration is available under the Settings dialogue. This controls configuration for both the inspection and static scanning.

The Scan Test Classes checkbox will enable scanning of Java files under test source roots. If disabled, these files will be ignored.

If a custom file is being used and properties are available for definition then these will accessible using the 'Edit Properties' button.

The following variables will be available if you have not otherwise overridden their values:

This tab allows you to specify any third-party checks which your configuration file makes use of. All selected directories/JAR files will be added to CheckStyle's classpath.

The option "Copy libraries from project directory" will tell Checkstyle-IDEA to do the following when creating custom classloaders:

The internal classloaders will then use those copied libraries, thus preventing them from getting locked in the file system. Since this is mainly a problem on Windows, this feature is activated by default on Windows. If you know that all your libraries reside outside of the project (as is often the case when build tools such as Maven or Gradle are used), then you can disable this feature. Since it slows down checker creation, you might want to keep it disabled until necessary. After changing this option, it may be necessary to restart IDEA to see the effects.

If an error occurs during the check an exception will be thrown, which IDEA will then catch and display in the standard exceptions dialogue. If you're unsure as to why things are awry this would be your best bet - chances are it's a missing property or classpath pre-requisite.

sevntu.checkstyle offers a number of useful checks written by students of the Sevastopol National Technical University (SevNTU). They're also kind enough to offer instructions on setting them up with this plugin.

Checkstyle Addons offers additional Checkstyle checks not found in other Checkstyle extensions, and it's easy to set up in Checkstyle-IDEA.

Note that the plugin has been entirely developed on OS X - while it should be fine on Linux, I've no idea what result you'd get with Windows. YMMV.

The pre-requisites for the plugin are fairly light - you'll need Git and JDK 1.8.x. Make sure your JAVA_HOME environment variable is set correctly before invoking Gradle.

You can then easily build via Gradle:

To run it in a sandboxed IDEA, run:

To debug the plugin, import the plugin into IDEA as a Gradle project, and then use the runIdea Gradle target in debug mode.

If you're on OS X, use IDEA with the bundled JVM. Otherwise, please ensure IDEA is running using Java 8 or later. Jetbrains offer a support document on this subject.

I see 'Got an exception - java.lang.RuntimeException: Unable to get class information for . (0:0)'

CheckStyle is unable to retrieve information on exceptions in your project until you have built it. Build your project in IDEA and then rescan.

Any comments or bug reports are most welcome - please visit the project website on GitHub.

The debug logging of the plugin is arcane and not particularly well done, for which I can only thank myself. However, if such context is needed then it can be seen by using IDEA's Help -> Debug Log Settings... and adding:

This plug-in owes its existence to both the style-overlords at work mandating compliance with a CheckStyle configuration, and the Eclipse-CS authors for making me jealous of the real-time scan support available for Eclipse.

Thanks to those who have contributed work and effort directly to this project:

And also thanks are due to the authors and contributors of:

And a big thank-you to everyone who's sent me feedback or bug reports - both are much appreciated!

This code is released under a BSD licence, as specified in the accompanying LICENCE file.