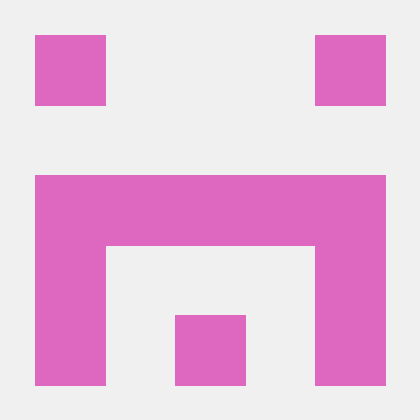 THIS PROJECT IS NO LONGER MAINTAINED

This class provides developers with a simple way to ship their Android app with an existing SQLite database (which may be pre-populated with data) and to manage its initial creation and any upgrades required with subsequent version releases.

It is implemented as an extension to SQLiteOpenHelper, providing an efficient way for ContentProvider implementations to defer opening and upgrading the database until first use.

Rather than implementing the onCreate() and onUpgrade() methods to execute a bunch of SQL statements, developers simply include appropriately named file assets in their project's assets directory. These will include the initial SQLite database file for creation and optionally any SQL upgrade scripts.

If you are using the Gradle build system, simply add the following dependency in your build.gradle file:

If you are using the old build system, download the latest library JAR and put it in your project's libs folder.

SQLiteAssetHelper is intended as a drop in alternative for the framework's SQLiteOpenHelper. Please familiarize yourself with the behaviour and lifecycle of that class.

Extend SQLiteAssetHelper as you would normally do SQLiteOpenHelper, providing the constructor with a database name and version number:

SQLiteAssetHelper relies upon asset file and folder naming conventions. Your assets folder will either be under your project root, or under src/main if you are using the default gradle project structure. At minimum, you must provide the following:

For the example above, the project would contain the following:

Earlier versions of this library required the database asset to be compressed within a ZIP archive. This is no longer a requirement, but is still supported. Applications still targeting Gingerbread (API 10) or lower should continue to provide a compressed archive to ensure large database files are not corrupted during the packaging process. The more Linux friendly GZIP format is also supported. The naming conventions using the above example are as follows:

The database will be extracted from the assets and copied into place within your application's private data directory. If you prefer to store the database file somewhere else (such as external storage) you can use the alternate constructor to specify a storage path. You must ensure that this path is available and writable whenever your application needs to access the database.

The class will throw a SQLiteAssetHelperException if you do not provide the appropriately named file.

The SQLiteOpenHelper methods onConfigure, onCreate and onDowngrade are not supported by this implementation and have been declared final.

At a certain point in your application's lifecycle you will need to alter it's database structure to support additional features. You must ensure users who have installed your app prior to this can safely upgrade their local databases without the loss of any locally held data.

To facilitate a database upgrade, increment the version number that you pass to your SQLiteAssetHelper constructor:

Update the initial SQLite database in the project's assets/databases directory with the changes and create a text file containing all required SQL commands to upgrade the database from its previous version to it's current version and place it in the same folder. The required naming convention for this upgrade file is as follows:

For example, northwind.db_upgrade_1-2.sql upgrades the database named "northwind.db" from version 1 to 2. You can include multiple upgrade files to upgrade between any two given versions.

If there are no files to form an upgrade path from a previously installed version to the current one, the class will throw a SQLiteAssetHelperException.

The samples:database-v2-upgrade project demonstrates a simple upgrade to the Northwind database which adds a FullName column to the Employee table.

You can use 3rd party tools to automatically generate the SQL required to modify a database from one schema version to another. One such application is SQLite Compare Utility for Windows.

If you have a read-only database or do not care about user data loss, you can force users onto the latest version of the SQLite database each time the version number is incremented (overwriting the local database with the one in the assets) by calling the setForcedUpgrade() method in your SQLiteAsstHelper subclass constructor.

You can additionally pass an argument that is the version number below which the upgrade will be forced.

Note that this will overwrite an existing local database and all data within it.