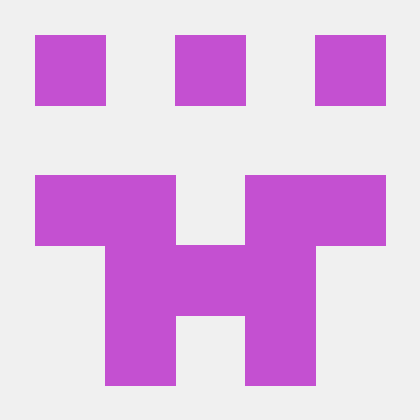 Retrolambda: Use Lambdas on Java 7

Just as there was Retroweaver et al. for running Java 5 code with generics on Java 1.4, Retrolambda lets you run Java 8 code with lambda expressions, method references and try-with-resources statements on Java 7, 6 or 5. It does this by transforming your Java 8 compiled bytecode so that it can run on an older Java runtime. After the transformation they are just a bunch of normal .class files, without any additional runtime dependencies. Read more details.

There is also limited support for backporting default methods and static methods on interfaces. This feature is disabled by default.

Retrolambda supports backporting to Java 7, Java 6 and Java 5 runtimes. And for adventurous developers there are other backporting tools that may let you go from Java 5 down to Java 1.4.

Android developers may use Retrolambda to take advantage of the Java 8 features on Android. Serge Zaitsev has written an article about it and there is a Gradle plugin which makes it easy.

Retrolambda does not backport the new Java 8 APIs, but there are other projects that have backported some of them:

Additionally Animal Sniffer and IntelliJ IDEA can warn about the use of Java 8 APIs.

Retrolambda can be run as a Maven plugin, Gradle plugin or command line application. Also have a look at some tips for using Retrolambda effectively.

To run Retrolambda using Maven, add the following to your pom.xml:

See the plugin documentation for all possible parameters. There is also a usage example in end-to-end-tests/pom.xml

Use JDK 8 to compile your source code.

Run Retrolambda, using Java 8, on the class files produced by JDK 8. Run java -jar retrolambda.jar without any additional options to see the instructions (for your convenience they are also shown below).

Your class files should now run on Java 7 or older.

Be sure to run comprehensive tests on your target JVM version (e.g. Java 7), in case the code accidentally uses Java 8 APIs or language features that Retrolambda doesn't backport.

During development, inside an IDE, it's the easiest to use Java 8, without Retrolamba, to compile and run tests. But in your continuous integration and release builds you should run all tests using the target Java version. For example, you can configure Maven Surefire Plugin to run tests using a different JVM.

I recommend setting up environment variables JAVA8_HOME, JAVA7_HOME etc. and referring to those variables in the build configuration, instead of relying on what happens to be the default Java version in JAVA_HOME.

You will need Java 8 for compiling and also for generating Javadocs. JDK 7's Javadoc tool will fail for some valid Java 8 code.

Lambda expressions are backported by converting them to anonymous inner classes. This includes the optimization of using a singleton instance for stateless lambda expressions to avoid repeated object allocation.

Method references are basically just syntax sugar for lambda expressions and they are backported in the same way.

Try-with-resources statements are backported by removing calls to Throwable.addSuppressed if the target bytecode version is below Java 7. If you would like the suppressed exceptions to be logged instead of swallowed, please create a feature request and we'll make it configurable.

Static methods on interfaces are backported by moving the static methods to a companion class (interface name + "$"), and by changing all methods calls to call the new method location.[1]

Does not backport Java 8 APIs.

Backporting default methods and static methods on interfaces requires all backported interfaces and all classes which implement them or call their static methods to be backported together, with one execution of Retrolambda. In other words, you must always do a clean build. Also, backporting default methods won't work across module or dependency boundaries.

May break if a future JDK 8 build stops generating a new class for each invokedynamic call. Retrolambda works so that it captures the bytecode that java.lang.invoke.LambdaMetafactory generates dynamically, so optimizations to that mechanism may break Retrolambda.

Java 9 and higher are not supported; just build your project with Java 8. The new JDKs mostly just add new APIs, which you anyways wouldn't be able to use on on older JREs. To backport new language features, create a new tool for it yourself or pay someone to do it, if you think it's worth the effort. ;)