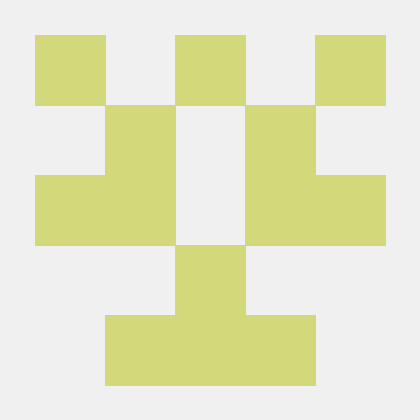 Sprinkles is a boiler-plate-reduction-library for dealing with databases in android applications. Some would call it a kind of ORM but I don't see it that way. Sprinkles lets SQL do what it is good at, making complex queries. SQL however is a mess (in my opinion) when is comes to everything else. This is why sprinkles helps you with things such as inserting, updating, and destroying models. Sprinkles will also help you with the tedious task of unpacking a cursor into a model. Sprinkles actively supports version 2.3 of Android and above but it should work on older versions as well.

Using gradle, add the following to your build.gradle. Just replace x.x.x with the correct version of the library (found under the releases tab).

If you are not using gradle for whatever reason i suggest you clone the repository and check out the latest tag.

When you have added the library to your project add a model class to it. I will demonstrate this with a Note.java class. I have omitted the import statements to keep it brief.

Ok, a lot of important stuff in this short class. First of all, a model must subclass se.emilsjolander.sprinkles.Model and it also must have a @Table annotations specifying the table name that the model corresponds to. After the class declaration we have declared three members: id, title and body. Notice how all of them have a @Column annotation to mark that they are not only a member of this class but also a column of the table that this class represents. We have one last annotation in the above example. The @AutoIncrement annotation tells sprinkles that the field should automatically be set upon the creation of its corresponding row in the table. Key columns are the columns that are used to decide whether a model is already stored in the database when using methods such as delete() and save().

Before using this class you must migrate it into the database. I recommend doing this in the onCreate() method of an Application subclass like this:

Now you can happily create new instances of this class and save it to the database like so:

You can also query for this note like this:

There is a lot more you can do with sprinkles so please read the next section which covers the whole API!

All the save methods use this method to check if a model exists in the database. You are free to use it as well.

###Deleting Similar to saving there are four methods that let you delete a model. These work in the same way as save but will not return a boolean indicating the result.

###Querying Start a query with on of the following static methods:

Notice that unlike androids built in query methods you can send in an array of objects instead of an array of strings.

Once the query has been started you can get the result with two different methods:

get() returns either the QueryResult or a list of the QueryResult represented by the Class you sent in as the first argument to the query method. getAsync() is the same only that the result is delivered on a callback function after executing get() on another thread. getAsync() also delivers updated results once the backing model of the query is updated if you return true indicating you want further updates. getAsync() uses loaders and therefore needs a LoaderManager instance. getAsync() also takes an optional array of classes which is used when the query relies on more models than the one you are querying for and you want the query to be updated when those models change as well.

###CursorList All Queries return a CursorList subclass. This is a Iterable subclass which lazily unpacks a cursor into its corresponding model when you ask for the next item. This leads to having the efficiency of a Cursor but without the pain. Excluding the Iterable methods CursorList also provides the following methods.

Remember to always call close() on a CursorList instance! This will close the underlying cursor.

###ModelList For mass saving/deletion of models you can use the ModelList class. It extends ArrayList and has the following additional methods:

from(CursorList<E extends Model> cursorList) is a helper method which creates a ModelList from a CursorList, so you can e.g. delete all models from a previous query in one batch. Be aware, that the cursor is not closed for you when calling this method and you have to do it yourself!

###Transactions Both save() and delete() methods exist which take in a Transaction. Here is a quick example on how to use them. If any exception is thrown while saving a model or if any model fails to save the transaction will be rolled back.

###Callbacks Each model subclass can override a couple of callbacks.

Use the following callback to ensure that your model is not saved in an invalid state.

Use the following callback to clean up things related to the model but not stored in the database. Perhaps a file on the internal storage?

###Migrations Migrations are the way you add things to your database. I suggest putting all your migrations in the onCreate() method of a Application subclass. Here is a quick example of how that would look:

Migrations are performed using raw SQL, this allowes full freedom to use all of the powerfull contraints that are possible to put on columns. Two optional methods are provided that allow you do some form of processing of your data before and after a migration, this can be usefull when recreating a table with different properties but you want to keep the data that was previously stored in the now deleted table. Once a migration has been added with sprinkles.addMigration() it should NEVER be changed, and all new migrations should be added after the previous migration. This ensures both old and new clients will have a consistent database and you will not need to care about database versioning.

###Type serializers Through an instance of Sprinkles you can register your own TypeSerializer instances via registerType() for serializing an object in your model into a column in the database. Sprinkles uses a TypeSerializer implementation internally for all the different data types that it supports. So check out the se.emilsjolander.sprinkles.typeserializers package for example implementations. These serializers will be used both when saving a model and when querying rows from the database.