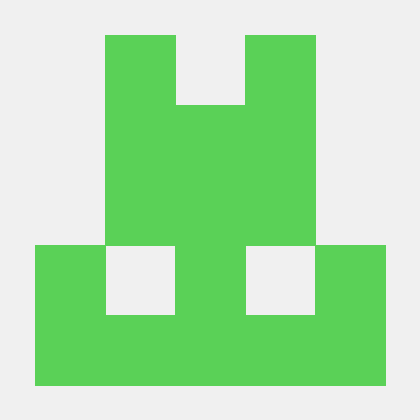 This library has been built in order to provide a Reactive wrapper around the Android Network Service Discovery API and the JmDNS implementation for older devices.

Zero-configuration networking (zeroconf) is a set of technologies that automatically creates a usable computer network based on the Internet Protocol Suite (TCP/IP) when computers or network peripherals are interconnected. It does not require manual operator intervention or special configuration servers.Zeroconf is built on three core technologies: assignment of numeric network addresses for networked devices, automatic distribution and resolution of computer hostnames, and automatic location of network services, such as printing devices. Without zeroconf, a network administrator must set up services, such as Dynamic Host Configuration Protocol (DHCP) and Domain Name System (DNS), or configure each computer's network settings manually.

You might have heard more about the Bonjour Service from Apple, that is the custom implementation of Zeroconf protocol.

As an example, you can see Zeroconf working in the Chromecast environment, where you don't specify the address of the device, but it gets found easily by the apps. Zeroconf is how it happens.

Add the JitPack repository to the root build.gradle file of your project

Import the library in your app's module build.gradle

Add the JitPack repository to your build file

Note: the calls to the methods included in the ZeRXconf class return a Subscription that awaits for the unsubscription in order to kill the advertising or the discovery service. As a surplus, we wired in the logic needed to be compatible to the RxLifecycle library so that, if you compose the Observable with the Activity or Fragment events, it will tear down the service correctly as well.

All the methods of this library will emit object of the NetworkServiceDiscoveryInfo class, that is a wrapper for both the NsdServiceInfo provided by athe Android API and the ServiceInfo that comes with the JmDNS library.

Advertising your own service

When you need to start advertising your service, you need to provide the factory method with a few parameters, so that the API can build up the request.

Discovering all the available services

As per API limitation, listing all the services available in the current network will not allow the components to resolve them. That means that you will have to call the startDiscovery(Context, String) on the specific protocol for having the data resolved correctly. If, when doing so you receive an exception from the DiscoveryListener, make sure you closed the previous Subscription before starting a new one.

Discovering all the available services of a single kind

If you need to discover all the devices advertising a specific protocol, you shall use the startDiscovery(Context, String) factory method as this one will allow the resolution of the services and the item received will be ready to be consumed by your logic.

As per design choice, this factory method will throw a NsdException if protocol equals either the "_services._dns-sd._udp" value or the ALL_AVAILABLE_SERVICES. This a wanted behaviour that can alert you before you ship the product with an unwanted behaviour in it.This method will not throw any other type of exception but it will notifiy you of errors while discovering the services with the usual onError callback

Permission is hereby granted, free of charge, to any person obtaining a copy of this software and associated documentation files (the "Software"), to deal in the Software without restriction, including without limitation the rights to use, copy, modify, merge, publish, distribute, sublicense, and/or sell copies of the Software, and to permit persons to whom the Software is furnished to do so, subject to the following conditions:

The above copyright notice and this permission notice shall be included in all copies or substantial portions of the Software.

THE SOFTWARE IS PROVIDED "AS IS", WITHOUT WARRANTY OF ANY KIND, EXPRESS OR IMPLIED, INCLUDING BUT NOT LIMITED TO THE WARRANTIES OF MERCHANTABILITY, FITNESS FOR A PARTICULAR PURPOSE AND NONINFRINGEMENT. IN NO EVENT SHALL THE AUTHORS OR COPYRIGHT HOLDERS BE LIABLE FOR ANY CLAIM, DAMAGES OR OTHER LIABILITY, WHETHER IN AN ACTION OF CONTRACT, TORT OR OTHERWISE, ARISING FROM, OUT OF OR IN CONNECTION WITH THE SOFTWARE OR THE USE OR OTHER DEALINGS IN THE SOFTWARE.