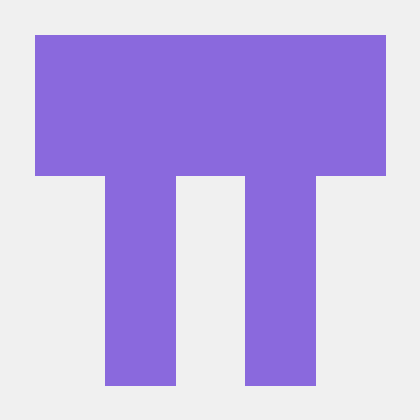 This library is no longer actively maintained. You should now use the WiFi-Direct API directly for peer-to-peer, and the new network service discovery API for mDNS.

Salut is a wrapper around the WiFi Direct and network service discovery APIs in Android. Before using Salut, you should at least skim over some of the documentation and recommended reading below. The library supports API 16 (Android 4.1 Jelly Bean) and up. Technically, WiFi Direct is supported on Android 4.0, but it is more reliable on 4.1 and up.

This library is currently in beta so functionality or APIs are subject to change.

Why the name? What does it mean?

Salut is a French greeting. It's another way to say hello or goodbye. Apple's technology used in iOS to do something similar is called Bonjour.

This library depends on:

You must include LoganSquare. To do so, add the following to your project's build.grade.

To install the library simply grab the newest version and it to your project's build.gradle file using JitPack.

There's also a demo app included with the library.

First, add the following permissions to your AndroidManifest.xml.

On Android 6.0 and up, these permissions are given to the app automatically. (Read more here)

Next, start by implementing the SalutDataCallback in the class that you would like to receive data. This callback as well as all others in the framework happen on the caller's thread.

Then, we need to create a SalutDataReceiver and a SalutServiceData object.

SalutDataReceiver takes two arguments, (Activity activity, SalutDataCallback dataCallback). In the example above, our activity implements SalutDataCallback, so we pass it in twice. Passing in an activity in general allows Salut to automatically register and unregister the necessary broadcast receivers for your app.

SalutServiceData takes in a service name, a port, and an instance name. The instance name is basically a readable name that will be shown to users. So it's a good idea to make this something not cryptic. Use relatively small strings for both the service name and readable names if you plan to support lower than Android 5.0, as there is a limitation on the size that those values can be. This is imposed by the system itself.

It's a good practice when working with this library to keep a variable specific to your application indicating whether or not that instance is the host. The boolean field isRunningAsHost is provided as part of the framework and does indicate in some cases if you're running as the host, but this is only based on whether or not the framework is connected to a device as the group owner and the host server is running.

There are obviously other scenarios in which an instance of your app may have not yet started a network service, but could still be considered the host.

Once you have your instance, you can create or discover WiFi direct services.

When a device connects and is successfully registered, this callback will be fired. You can access the entire list of registered clients using the field registeredClients.

There are several methods to discover services. Salut will only connect to found services of the same type.

Lastly, there is the discoverNetworkServicesWithTimeout() method, which as its name implies, discovers devices for a set amount of time that you pass in, and then automatically calls the stopServiceDiscovery() method. You can access the entire list of found devices using the foundDevices field of your instance.

Finally, when a device finds a prospective host, you must then call the registerWithHost() method.

This method will actually make the devices connect using WiFi Direct. The framework then uses regular old sockets to pass data between devices. The devices will stay connected until unregisterClient is called client side or stopNetworkService is called host side.

LoganSquare is responsible for data serialization within the library. LoganSquare will not actually allow the sending of simple strings between clients. So, you'll have to create a class to wrap the data that you want to send.

After clients have registered with the host, you can then invoke methods to send data to a client. On success, the data will obviously be sent and received on the other side, as of yet, onSuccess callbacks have not yet been implemented for this. So, sending data methods only provide failure callbacks.

To send data to all devices:

Only the host, which has the addresses of all devices, may invoke the above method. This may be changed in a future release to allow client devices to send data to all other client devices as well. As a current workaround, you could first send data to the host for approval and then invoke the above method. Below, however, are the current methods for clients.

To send data to a specific device:

When your class implements the SalutDataCallback interface, it must override the onDataReceived(Object data) method.

Data is sent between devices as serialized strings, and is received in this method as a String. To get it back to reality, you must parse it using LoganSquare.

Data is received as a string so that you can parse it yourself instead of Salut doing it for you.

This is particularly useful because it means that you can create a sort of God object that will hold all your data types and is serializable. (See LoganSquare's pages here and here for more information on this, it supports many built-in types.)

Or, you can add a header to the string indicating its type and then strip the header from the string in the onDataReceived() method and parse the resulting object accordingly.

Regardless of the whatever method you choose to define serialized data, parsing the data to get it back to another object will look like following.

Notice that we use our app's specific boolean.

When cleaning up host side, you must call stopNetworkService. You must also pass in a boolean indicating whether or not you want to disable WiFi.

When cleaning up client side, you must call unregisterClient. You can optionally pass in a callback to be fired on failure to unregister.

Feel free to submit issues, requests, or fork the project.

WiFi Direct is a really cool concept, but the APIs on Android make about as much sense as a pig flying. I've been working on an app that would not be possible without this technology however, and it's taken me forever to get it working but it's very cool. So, I'm interested in what devs can do when they have the right tools.

Handshake on device data transfer.
Partially done in v0.3 thanks to AsyncJob library.
Done in v0.3
Remember if WiFi was enabled beforehand.
Make data serialization modular. (Any library or method can be used.)