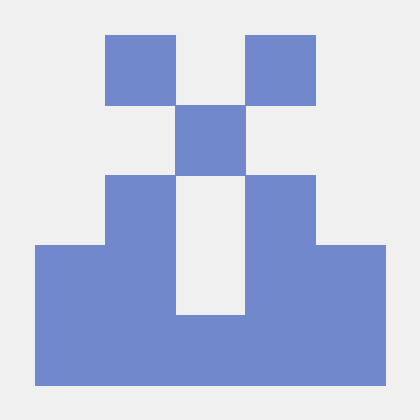 Adding the library to your android studio project

In your app build.gradle file add the following to your dependencies. Project only available on jCenter repository.

This version is an alpha. Please send any feedback on the Issue Tracker

The package has been changed from

I appologize for the inconvenience but it was necessary to get this into maven and out to more possible users.

In order to ease future development. The update to version 2.0.0 has been a major refactor to remove code duplication between the support and non-support version. This will make future implementations and maintanence much easier.

All the present and dismiss methods work as is. In order to perform more advanced functionality (e.g. overriding animations) you will need to call beginPresentation() first and string together the builder patter items to perform the required tasks.

This implementation of the NavigationManager include support for transitions (API 21 and above). See the Transtions example in the v17 project. At this point I have only added the shared element portion as that is all that is required in the transaction. The rest can be set up in the fragments themselves. (FUTURE implementation will do this all in the transaction once set up as well as allow for default implementations much like the )

MasterDetail implementation (this was created as something that I needed for a project. I've removed it so remove excess coding when adding to the interface declaration) ListFragment implementation (this is not needed with the recycler view being widely accepted and used and it's been around so long)

The purpose of this manager is to handle a single stack flow of fragments on the screen so that the developer can easily create flows without having to worry about using the FragmentManager and ChildFragmentManager. The single instance of the NavigationManagerFragment will easily handle the presenting and dismissing of Fragments as they are created and added or removed from the stack.

Use the Stack Fragment Manager just like a normal fragment. In your activity, add it to the manager with an initial fragment and you are ready to use the Navigation Manager.

Now from within your Fragments you can easily present and dismiss fragments using. All fragments that you would like to manager using the NavigationManager must extend NavigationFragment.

Here is an example of the SampleFragment

NOTE: The present and dismiss share the same bundle and hence setting a bundle on present/dismiss will override the current nav bundle for the specific fragment that is presented or the fragment that is returned to on dismiss.

See CHANGELOG for past implementation notes and current in progress items.

In Android Studio Terminal use: